Marika will bring you in the futuristic scene of a well blended mix of experimental sounds.

Two months ago, Universal CEO Jeff Shell told Wall Street that it took”Trolls World Tour” less than two weeks to gross $95 on premium VOD. This week, on the four top 10 lists we track, that studio holds 17 of the 40 slots.

“Trolls” and the Judd Apatow’s “The King of Staten Island” both landed at #1 at two sites, all at the premium $19.99 price. “Trolls” transitioned to EST (electronic sell through), as opposed to rental only, which got the animated sequel the no. 1 slot  at iTunes (it doesn’t list rental-only titles) and Fandango. “Staten Island” is no. 2 at Fandango, and no. 1 at Spectrum.

Also showing traction is Universal’s “You Should Have Left,” which is third at both Spectrum and FandangoNow (its rental-only status precludes iTunes; Amazon Prime shows less interest). Jon Stewart’s badly reviewed “Irrestistible” placed fourth at FandangoNow (which ranks  by revenues, not transactions). Since it was only released on Friday and their chart is a full week, it’s not a discouraging showing.

Oddball new titles include “Sea Fever,” an Irish film that Gunpowder & Sky acquired from the 2019 Toronto International Film Festival. The story of an Icelandic trawler encountering a parasite had a normal VOD release in April, but it’s now at a reduced $0.99 price; it’s at #3 at iTunes. Sony’s “Sniper: Assassin’s End,” the eighth entry in the franchise is no. 4 at Spectrum, which often sees high interest in action thrillers. Lionsgate’s “2 Minutes of Fame” from their production partner Codeblack placed no. 10 there. It stars Saturday Night Live comic Jay Pharoah as a YouTube star trying to expand on his success.

VOD charts have a crapshoot element that we don’t see in theatrical box office. In theaters, all movies have the same price; variations stem from timing (matinees) or formats (IMAX, 3D). VOD titles can play a complex per-title pricing game that can see 99-cent movies get a boost on transaction charts. Viewers also have a nearly unlimited library to choose from, which is how the Christmas 2017 release “The Greatest Showman” can hold the no. 2 slot at Amazon Prime. The Hugh Jackman circus musical has been a presence for months. 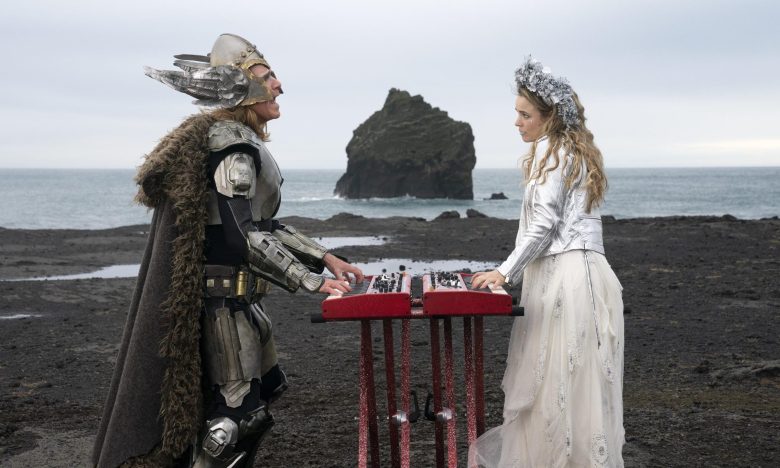 At Netflix, Will Ferrell’s “Eurovision Song Contest: The Story of Fire Saga” debuted to no. 1 on both the movie and all content charts. It knocked off the Polish softcore “365 Days” after an extended 14 days at the top. These two Netflix originals are joined at #3 by “Athlete A,” a documentary about sexual assaults on female gymnasts. Of note is the absence in its third week of “Da 5 Bloods,” the streamer’s most acclaimed film this year. It had two days as the #1 movie, but did not sustain a position after 11 days. As always, we have no specific numbers, nor listing beyond the ten leaders, so the film could easily getting steady viewing and remain a strong draw far longer than current leading titles. Or it may be that there is so much viewing at the site that what would once as a well-reviewed original from a top director have charted higher now lags a bit.

Ranked by number of transactions, with the daily position as of Monday, June 29

Ranked by revenue accrued not transactions, for the week ending Monday, June 29

Ranked by number of transactions, with the daily position as of Monday, June 29; excludes premium VOD rental-only titles

Marika will bring you in the futuristic scene of a well blended mix of experimental sounds.